In one of the most beautiful farming areas of the `province of Malaga in the Genal Valley in the Serrania de Ronda and only 19 kilometres from this city and is the municipality of Faraján, whose name in Arabic means, charm, delight, rest.

The village has a gym, sports field, swimming pool, cultural centre, health centre, nursing home … etc. In this municipality is available and offered for sale the following farms:

Plot of irrigated land (Vega) of 4 Hectares in the place called “El Mellizo”, about 3km from the town. (2500 meters by paved road and 500 meters of track in good condition for vehicles).

This property is fenced, with the beautiful Genal river running alongside the land for 1000m, it may be the largest valley in the Genal valley, access rolled by the road-road that goes down to the river, with tool house or warehouse in very good condition.

This building, built in 1998, has been renovated. It is a privileged place.

The great extension of the fertile plain and its proximity to the river makes it versatile for different types of agricultural, livestock, and even tourist and leisure uses.

Plot of farming land of 4 Hectares called “Los Castañares,” and 3km from the town.

The land has some unevenness, the farm is fully fenced, and planted with chestnut trees, has some cork oaks, a water well, electric and access to the Faraján-Jubrique road and two more accesses along the Castañares road and the Puente road.

Plot of  farming land of 1.5 Hectares, called “La Haza del Llano, 3km from the town, and as the name suggests is relatively flat and with minimum slopes.

Fully fenced and planted with chestnut trees and repopulated with cork oaks, with access, via a concrete road, along the Molino road, and with a finca.

The finca is 85m2 and a short time ago the roof was rebuilt, and the ground was cemented, it has a large chimney, water coming from the town’s supply, bathroom; attached to the building there is a large water deposit, which can collect water from the rain.

d) Big House in the town and in the countryside

This house is one of the best in the municipality for its location, orientation, distribution and construction, which has approximately 405 m2 built on three floors.

It faces the main street of the town and the back to the countryside with its wonderful views, with very beautiful views to large and leafy chestnut trees and immediately to two orchards that are part of the house itself.

It is equipped with all the services available to the municipality, water, electricity, sewerage, very well paved streets, TV etc.

The distribution of the house occupying a plot of 150m2 is as follows:

Two orchards are part of this house (one has its own well for irrigation), which have a diversity of fruit trees and up to two avocados in production, which speaks of the mild climate of the house, which also due to the its thick walls, almost one meter thick, protect it from both cold and heat. 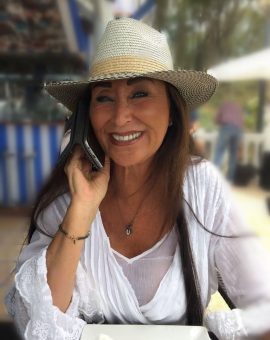